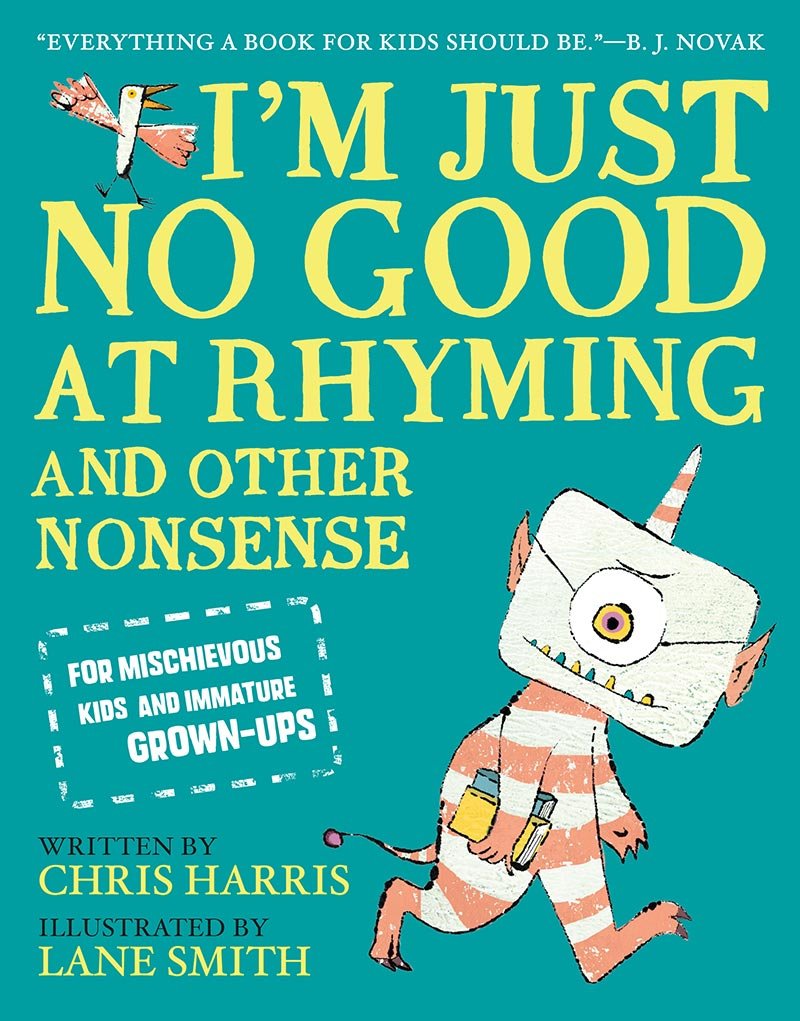 The instant New York Times bestseller featured on NPR’s Weekend Edition with Scott Simon! B. J. Novak (bestselling author of The Book With No Pictures) described this groundbreaking poetry collection as “Smart and sweet, wild and wicked, brilliantly funny–it’s everything a book for kids should be.”

Lauded by critics as a worthy heir to such greats as Silverstein, Seuss, Nash and Lear, Harris’s hilarious debut molds wit and wordplay, nonsense and oxymoron, and visual and verbal sleight-of-hand in masterful ways that make you look at the world in a whole new wonderfully upside-down way. With enthusiastic endorsements from bestselling luminaries such as Lemony Snicket, Judith Viorst, Andrea Beaty, and many others, this entirely unique collection offers a surprise around every corner. Adding to the fun: Lane Smith, bestselling creator of beloved hits like It’s a Book and The Stinky Cheese Man and Other Fairly Stupid Tales, has spectacularly illustrated this extraordinary collection with nearly one hundred pieces of appropriately absurd art. It’s a mischievous match made in heaven!

★ “A frolicking romp through the zany world of nonsense verse…. Visual, aural, and downright guffaw-inspiring puns and riddles abound in this wildly imaginative and cleverly illustrated debut collection. The inspired and inspiring sense of play knows no bounds.”
―Kirkus Reviews, starred review

★ “Those who claim to hate poetry will enjoy this riotous compilation…. A surefire winner for reading aloud or for snickering with under the covers.”
―School Library Journal, starred review

★ “Hits a poetry trifecta: high energy, rhymes that can rival Cole Porter’s, and a torrent of ideas…a worthy heir to Silverstein, Seuss, and even Ogden Nash.”
―Publishers Weekly, starred review

★ “A magnificently wacky romp through verse…. This moving, madcap anthem to language is sure to stand the test of time.”
―Booklist, starred review

★ “Comedy gold…. This is one collection that rewards repeat visits. There’s not a dud in the bunch.”
―The Horn Book, starred review

“This Hollywood writer and award-winning illustrator might just make all of us — the kids and the grown-ups — smile again.”―The New York Times

“It’s a veritable sundae of delights-layers of puns, word games, visual jokes — that I honestly would give to any kid ages short to tall.”
―NPR’s Book Concierge

“This inspired collection of nonsense verse from the executive producer of How I Met Your Mother showcases a rare gift for wacky wordplay.”―People